this is the era for a pro-active traveler... 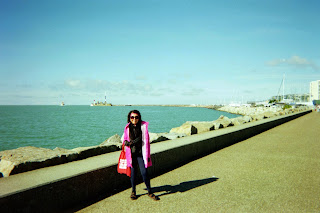 *NOTE TO MY READERS:  this blog is not sponsored, and the views herein expressed by me are that of a travel industry professional (Certified Travel Consultant) aimed at giving the informational for a pro-active traveler based on my personal experience. 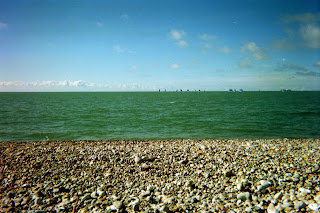 Though my last blog offered my unpleasant experience with Cunard's once venerable transatlantic cruise, and the still not answered claim for my loss sent to Cunard, which is after more than 8 weeks since their receipt of my Certified letter, I have some good things to report about the rest of my 24-day travel adventure.

For instance, I found that the US based Rail Europe offers lower fares for online bookings than I was able to book in Europe when dealing in person direct with SNCF (the French Railway) at their Saint Lazare Boutique store.  This wasn't always the case, but now when someone in the USA wants to access SNCF's Internet site, they are directed to Rail Europe's USA Internet site, and I suspect that other European countries are doing likewise.

If you look at my previous blog posts, I detailed how I booked my trains in advance, but I didn't mention that I had to pay a booking fee.

FYI:  If you use a travel agent who is willing to get online and to book for you while you wait, then they can get you what you need without a booking fee as they get a commission directly from Rail Europe—it's even better if they call the Rail Europe toll free number and if your agent gets on the "Travel Agent" queue, and has your rail travel booked directly by a Rail Europe representative—do have them send the tickets directly to you by giving your credit card information to the travel agent who passes it on to Rail Europe.

**unless you are a business traveler most travel agencies may charge a consultant fee and almost never do any instant bookings while you wait, however, if you travel personally and frequently with a group size, you will get that Business Traveler star treatment.

For the best rates plan on about 1-2 months in advance for your rail bookings, and it's best to look up the train schedules of the countries you are visiting and preplan time and date you want then book directly online since those fares are moment by moment controlled, and with sometimes just 1 seat available, as it was in my case.

The problem of not knowing whether you will have a "Murphy's Law" travel disaster did concern me, as I had to disembark the Queen Mary before anyone else, I left at 5 a.m.and I preplanned with some 3 hours in advance for a 9 a.m. disembarking, and arrived at the train station where I almost froze to death at the below 20 degrees in the Hamburg Railway station, which is one of the worst main stations in Europe—it's late 20th century never modernized.

Though after I disembarked at 5 a.m. in Hamburg and took a taxi to the main station where a helpful lady told me about the elevator to the track level, and I took that up to the 2nd level, where the escalator was set to down at the track where a train was scheduled to depart within 10 minutes.  She had recommended that I stay in one of the restaurants fronting the elevator iuntil just before train time, and she also noted that somewhere on the 2nd level was first class waiting room (I had a 1st class ticket that Rail Europe customer service had booked for me at a 2nd class bargain price.

But I didn't anticipate sitting in a refrigerated cooler because the station was just roof covered.  As I discovered, the sides were open to the unseasonable winter weather on that October 1st morning.  I wanted to go upstairs and when the train that I was not scheduled to take arrived the escalators were set to a 1-way arrival (up).

I reached the Kiosks (on the 2nd level) where I could sit and freeze less to have coffee, but when I took the up escalator to porte what was by then a roll on bag that weighed a ton.  I was able to open my luggage and get my wool leggings that I had packed just in case.  Even layering with 2 sweaters over my velour pant suits with matching jacket and top couldn't abate the chill.  Luckily I picked an open Kiosk beer and coffee restaurant with a small heater and a bathroom.  I asked if there was a restaurant nearby the station where I could sit in some warmth, the server told me to leave the second level and walk outside and I would find one.

That's when I discovered that I wouldn't be able to get downstairs to the track until just 10 minutes before my train was scheduled to arrive—I knew I needed more time, but I walked outside and found the excellent adjacent to train station "coffee fellows" Hachmannplatz—I was early enough to claim a window overlooking the square where the commuters and school children/workers were hurrying to and fro blowing on their fingers as some lacked gloves warm enough to tolerate that unseasonable freeze—they allowed me to sit with  whip cream atop a Hot Chocolate (Nettoumsatz) for the next 2 hours.

When I went back into the deep freeze I had about 30 minutes before train time as I entered via the 2nd level, which I found out was at the back entrance of the train station (the taxi had deposited me at the main entrance which was the bottom level where I took an elevator that only went the 1-way up).

And I found a strong German man waiting in a queque for a coffee near the 2 level staircase, and I pointed to my luggage and the down staircase, he smiled and obliged by porting my wheely to the track level, and an obliging student took my luggage into the train thus I avoided having to climb the steps into the train with my ton weight of luggage that was getting heavier every moment.

The problem with traveling in Europe during the fall season is that weather is unpredictable and layers of clothing weigh down in the suitcase.

I arrived in Frankfurt exhausted, and a fellow passen ger helped me out of the train and recommended that I take a taxi to my hotel—though I knew I had booked the Choice hotel stateside at a great rate and it was located opposite the station, the square was about 1/4 of a mile wide and 2 tracks of trolleys had to be bridged, so I let him pick a taxi, he helped load my luggage into the taxi's trunk, we said goodby and from then on "Murphy's Law" took over.

The driver refused to speak English and he wasn't German, he was from India where English is a first language, he very was unpleasant and took me for a ride around town when my Choice hotel was located directly across the square, at the border of what is the Frankfurt "Red Light" district, yet the 1-way streets allowed this taxi to rack up Euros, he wouldn't look at the address I showed him, and he finally stopped in front of a hotel that was definitely a "Red Light" district regular for hourly room encounters.  He opened the door and put my luggage in the street and asked in German for 20 Euros, pointing to the meter.

I gave him 5 Euros and walked off with my luggage toward a construction in progress hotel across the street, he ran after me, and I told him clearly in English, "call the Police."  Of course, he drove off in a huff, and as I walked back toward the Frankfurt Station with passersby directing me to my hotel, I found it, and entered hoping for the best.

Yet as I noted in the subject line of my post, this is the era for a pro-active traveler, and in this 21st century travel can be a hazard unless you prepare in advance and expect the worst, but when the traveler knows what to do when all else fails, there's a certainty which is comforting.   I wanted to contact the police to tell them about the Taxi driver, but then I discovered that the station was another taxi ride away.

It could be that someone from the Frankfurt Chamber of Commerce will discover my post and correct the problem with thieving taxi drivers who take tourists for long rides—my helpful hotel clerk noted that Frankfurt is notorious for this—and this was not so in the freezing clime of Hamburg, my taxi driver spoke flawless English, told me he was a Turkish immigrant hoping to be granted citizenship in Germany soon, also that he was happy his children were born in Germany and grateful for the opportunity to have a good life.  He was so honest and despite the early a.m hour claimed just 5 Euros for the ride which was of some 20 minutes duration, which gives a plus to the city of Hamburg. 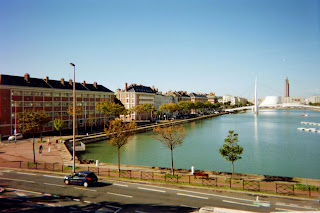